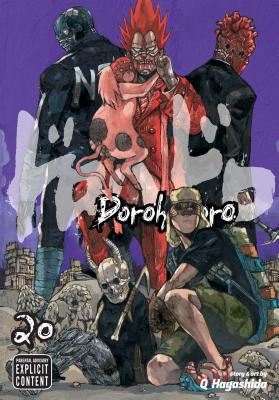 This is book number 20 in the Dorohedoro series.

Inside the nightmare surrounding the Central Department Store, the long-absent En returns, making his family's wish come true! But its faithful members are either dead or dismembered, so if En wants to start over, can they even do anything to help him? Elsewhere, Caiman is battling the boss of the Cross-Eyes, Nikaido has been captured and Kasukabe is nearly dead. Then, in a life-or-death situation, something inexplicable happens to Caiman!
Known for her bold style and seamless creation of alternate universes, QHayashida made her manga debut with Maken X Another, which ran in Magazine Z and was subsequently adapted into a video game. She followed this series with a sequel, Maken X Another Jack. Dorohedoro is her latest series.