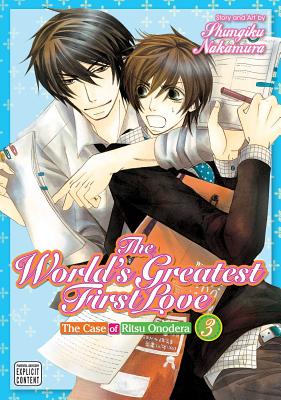 
Usually Ships in 1-5 Days
A fresh start turns sour after a manga editor's new boss turns out to be his ill-fated first love!

When Ritsu Onodera changes jobs, looking for a fresh start, he's not exactly thrilled when his new boss turns out to be his old flame. Ritsu's determined to leave all that in the past—but how can he when his boss is just as determined that they have a future?

Ritsu Onodera, an editor in the shojo manga department of Marukawa Publishing, has one archnemesis, editor in chief and hotshot boss Masamune Takano, the very same man who also happens to be Ritsu’s first love! Though it hasn’t been easy working under Takano, Ritsu has finally decided to do his best at becoming a proper manga editor. Concerned over the sales of his first manga, he visits a local bookstore only to run into sales rep Yokozawa, who promptly tells Ritsu he’s dating Takano!
Shungiku Nakamura