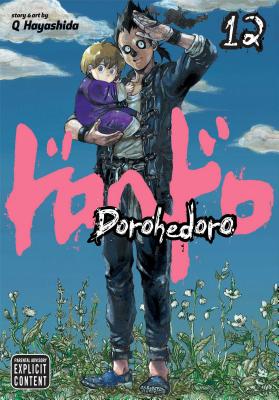 This is book number 12 in the Dorohedoro series.

En's murder sends his gang into chaos as Shin and Noi attempt to locate his killer's whereabouts. Meanwhile, Nikaido and Kawajiri explore her magical abilities and how they might relate to the search for Caiman. And the Cross-Eyes continue their quest to see their boss—unaware of his role in En's death, or that their path is taking them straight into danger themselves. A bloody battle royale awaits.
Known for her bold style and seamless creation of alternate universes, QHayashida made her manga debut with Maken X Another, which ran in Magazine Z and was subsequently adapted into a video game. She followed this series with a sequel, Maken X Another Jack. Dorohedoro is her latest series.