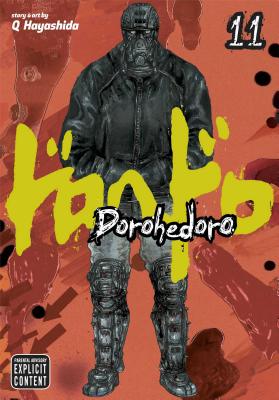 This is book number 11 in the Dorohedoro series.

Caiman’s true face is revealed, shaking the entire world to its foundation! But have his memories disappeared along with his lizard head? The severely injured Nikaido’s health is draining perilously, yet a chance encounter with a familiar figure may be just what she needs. Meanwhile, En may have met his ultimate match. What drives him? Many truths will come to light in this shocking installment of Dorohedoro!
Known for her bold style and seamless creation of alternate universes, QHayashida made her manga debut with Maken X Another, which ran in Magazine Z and was subsequently adapted into a video game. She followed this series with a sequel, Maken X Another Jack. Dorohedoro is her latest series.