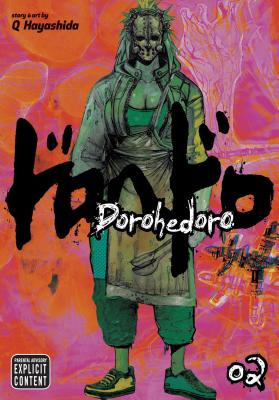 This is book number 2 in the Dorohedoro series.

Once a year, hordes of the dead rise and roam the streets of the Hole, hungry for live flesh. And every year, Caiman and Nikaido sign up for the local zombie-killing contest! Whoever sends the most zombies back into the ground will win some fantastic prizes. But the fun ends quickly when En's cleaners finally track down Caiman and Nikaido. Somebody's going to lose their head. Literally.
Known for her bold style and seamless creation of alternate universes, QHayashida made her manga debut with Maken X Another, which ran in Magazine Z and was subsequently adapted into a video game. She followed this series with a sequel, Maken X Another Jack. Dorohedoro is her latest series.