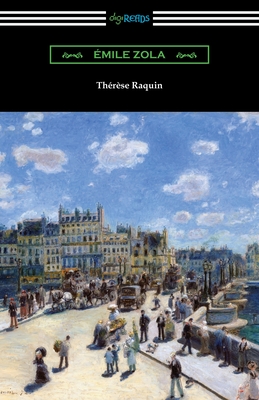 The first major work of the father of French Naturalism, "Th r se Raquin" is the shocking and scandalous initial big success in Emile Zola's impressive writing career. Zola's third novel was published serially in 1867 and then as a book in 1868. The story revolves around a young woman, Th r se, who is unhappily married to her first cousin Camille, largely due to her domineering, if well-intentioned, aunt and Camille's mother, Madame Raquin. Camille, selfish and spoiled by his mother, decides to move the little family to Paris to pursue a career. While there Camille meets up with an old friend, Laurent, who quickly becomes Th r se's lover. Th r se and Laurent go to terrible and horrific lengths to be together, but the happy ending they think they will find eludes them and they cannot escape their guilt. It eventually become their undoing, proving them to be the "human beasts" that Zola attempted to portray in a scientifically detached manner in this grisly and intense experimental novel. A sinister story of adultery and murder in lower class Parisian society, "Th r se Raquin" is a dreadfully realistic novel that remains one of Zola's most masterful works. This edition is printed on premium acid-free paper.