As You Like It (Annotated by Henry N. Hudson with an Introduction by Charles Harold Herford) (Paperback) 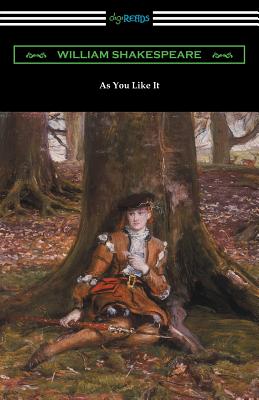 As You Like It (Annotated by Henry N. Hudson with an Introduction by Charles Harold Herford) (Paperback)

A pastoral comedy, William Shakespeare's "As You Like It," is the story of a Duke, who is unjustly deposed by his younger brother Frederick, and flees to the Forest of Arden. The Duke's daughter, Rosalind, remains behind at the court. When it is discovered that Orlando, the youngest son of the deceased Sir Rowland de Boys, has fallen in love with her, Orlando is forced to flee. Rosalind follows after him, with her cousin Celia, to the Forest of Arden where he has gone to join the deposed Duke. In order to avoid detection the two disguise their appearance, Rosalind as a young man, and Cecilia as a poor woman. In the forest they meet a variety of interesting characters, including most notably the melancholy Jaques, one of the deposed Duke's noblemen, who speaks some of Shakespeare's most memorable lines, including "All the world's a stage." While critics have debated the literary merits of "As You Like It," it remains as one of Shakespeare's most loved and often performed plays. This edition is printed on premium acid-free paper, includes a preface and annotations by Henry N. Hudson, and an introduction by Charles Harold Herford.