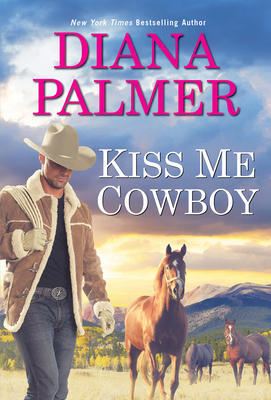 The Rancher’s Wedding
When a tough Colorado rancher who’s in the red meets up with a screenwriter-turned-waitress dogged by scandal, they put their talents—and their hearts—together. But will front page news put a damper on the sparks flying between them?

Colorado Cowboy
Fleeing her mother’s killer, Esther Marist ends up at a rugged stranger’s cabin. A wildlife rehabilitator with a menagerie that includes an elderly wolf, Matthews isn’t the type to turn any creature away. As Esther heals, she realizes how much danger she’s brought to his door—and how far he’ll go to protect her.

Diana Palmer, the New York Times bestselling author of more than one hundred novels, is renowned as one of North America's top ten romance writers. She is a member of the Native American Rights Fund, the American Museum of Natural History, the National Cattleman's Association, the Planetary Society, the Georgia Sheriff's Association and numerous conservation and charitable organizations. Diana lives with her family in Cornelia, Georgia. Please visit her online at DianaPalmer.com.