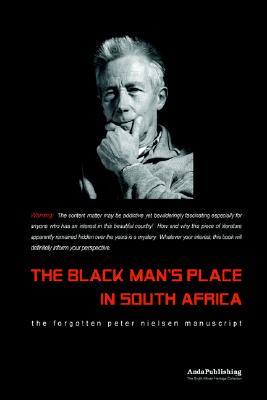 
Usually Ships in 1-5 Days
(This book cannot be returned.)
The "race" question has been raging all over the world since the early days of the human, but nowhere else has the debate taken dramatic proportions as in South Africa in the 20th century. A cooking pot of peoples, ethnic groups, languages, tribes and cultures, South Africa was a perfect test bed for the 'race' question, fired up by the ambers of colonialism. How could the issue be resolved? A certain Peter Nielsen in his manuscript "The Black Man Place in South Africa" gives a fascinating answer_a century ago. A treatise on the so-called "Native Question" of the times, this forgotten manuscript makes fascinating reading for anyone. Whatever your interest, this book will definitely inform your perspective; find out for yourself. "CAPTIVATING AND FASCINATING" Simon Thorpe.