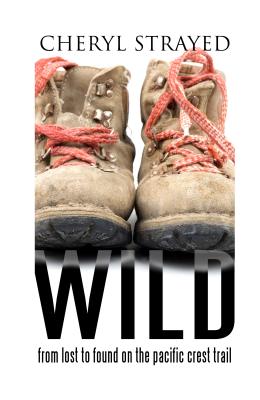 By Cheryl Strayed
$40.63
Email or call for price

“The inspiring story of Strayed's solo journey on the Pacific Crest Trail snags you from the beginning and keeps you engaged the whole way through. It was a bold move considering that she had no backpacking experience prior to her trip, but in the years following her mother's death and the subsequent dissolution of her family, Strayed was no stranger to bold moves. The challenges, both external and internal, that she endures while on the trail are balanced with stories about her life leading up to her brave decision to hike alone for months in the rugged Western wilderness. This is a story of survival in every sense of the word, and one that will stick with you long after you finish reading.”
— Deborah Castorina, Waucoma Bookstore, Hood River, OR

A Best Nonfiction Book of 2012: "The Boston Globe," "Entertainment Weekly
"A Best Book of the Year: NPR, "St. Louis Dispatch, Vogue"
At twenty-two, Cheryl Strayed thought she had lost everything. In the wake of her mother's death, her family scattered and her own marriage was soon destroyed. Four years later, with nothing more to lose, she made the most impulsive decision of her life. With no experience or training, driven only by blind will, she would hike more than a thousand miles of the Pacific Crest Trail from the Mojave Desert through California and Oregon to Washington State--and she would do it alone. Told with suspense and style, sparkling with warmth and humor, "Wild" powerfully captures the terrors and pleasures of one young woman forging ahead against all odds on a journey that maddened, strengthened, and ultimately healed her.

Cheryl Strayed is the author of the critically-acclaimed novel "Torch," which was a finalist for the Great Lakes Book Award and was selected by "The Oregonian "as one of the top ten books of 2006 by Pacific Northwest authors; a memoir, "Wild"; and "Tiny Beautiful Things: Advice on Love and Life from Dear Sugar." Her stories and essays have appeared in numerous magazines and journals, including "The New York Times Magazine," "The""Washington Post Magazine," " Vogue," "The Rumpus," "Self," "The Missouri Review," and "The Sun." Her essays have been included in the Pushcart Prize anthology and twice in "The Best American Essays." She lives in Portland, Oregon.