The Kybalion: A Study of the Hermetic Philosophy of Ancient Egypt and Greece (Dodo Press) (Paperback) 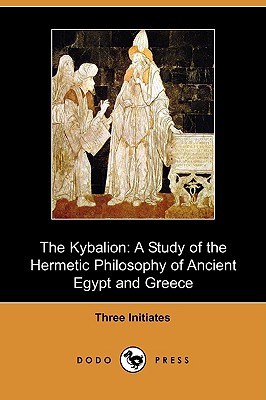 The Kybalion: A Study of the Hermetic Philosophy of Ancient Egypt and Greece (Dodo Press) (Paperback)


Usually Ships in 1-5 Days
(This book cannot be returned.)
The Kybalion: A Study of the Hermetic Philosophy of Ancient Egypt and Greece is a 1912 book claiming to be the essence of the teachings of Hermes Trismegistus, published anonymously by a group or person under the pseudonym of "the Three Initiates". It purports to be based upon ancient Hermeticism, though many of its ideas are relatively modern concepts arising from the New Thought movement. The book is said to make its appearance in one's life when the time is appropriate and includes variations of material found in the book of Proverbs. The "Three Initiates" who authored The Kybalion chose to remain anonymous. As a result, a great deal of speculation has been made about who actually wrote the book. The most common proposal is that The Kybalion was authored by William Walker Atkinson, either alone or with others. Atkinson was known to use many pesudonyms, and to self-publish his works. He was also the owner of the "Yogi Publication Society of Chicago", the publisher of The Kybalion.