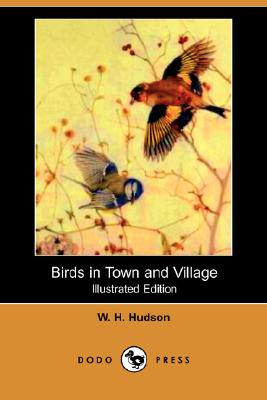 William Henry Hudson (1841-1922) was an author, naturalist and ornithologist. He was born in the Quilmes Partido in Buenos Aires Province, Argentina, where he is considered to belong to the national literature as Guillermo Enrique Hudson, the Spanish version of his name. He spent his youth studying the local flora and fauna and observing both natural and human dramas on what was then a lawless frontier, publishing his ornithological work in Proceedings of the Royal Zoological Society, initially in an English mingled with Spanish idioms. He settled in England during 1869. He produced a series of ornithological studies, including Argentine Ornithology (1888-1899) and British Birds (1895), and later achieved fame with his books on the English countryside, including Hampshire Days (1903), Afoot in England (1909) and A Shepherd's Life (1910). His best known novel is Green Mansions (1904), and his best known non-fiction is Far Away and Long Ago (1918). His other works include: The Purple Land (That England Lost) (1885), A Crystal Age (1887), The Naturalist in La Plata (1892), A Little Boy Lost (1905), Birds in Town and Village (1919), Dead Man's Plack and an Old Thorn (1920), and A Traveller in Little Things (1921).