The Killer Book of Cold Cases: Incredible Stories, Facts, and Trivia from the Most Baffling True Crime Cases of All Time (Paperback) 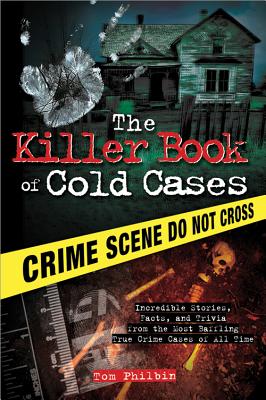 The Killer Book of Cold Cases: Incredible Stories, Facts, and Trivia from the Most Baffling True Crime Cases of All Time (Paperback)

Shocking stories of the most infamous cold crimes

The perfect gift for any true crime fan Every criminal dreams of committing the perfect crime. A crime that is so well executed, with clues and evidence so scarce, that even the experts are left baffled. The Killer Book of Cold Cases takes you behind the crime scene tape and deep into the investigations of some of the most puzzling and notorious cold cases of all time, from murders to kidnappings to massive bombings that were open for years before the criminal was finally brought to justice.

Bury yourself in these edge-of-your-seat tales, read chilling quotes, and test your crime IQ with cold-case trivia. You'll stay up wondering which criminals might still be on the loose.

Tom Philbin and his brother Mike have been close to crime for many years. Tom is a long-time freelance writer who has written nine cop novels. He lives in New York. Mike Philbin is a musician; this is his fourth book. Mike lives in New Hampshire.