The Heiress of Winterwood (Whispers on the Moors #1) (Paperback) 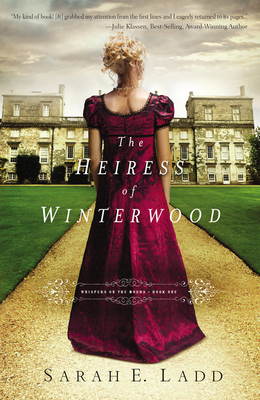 The Heiress of Winterwood (Whispers on the Moors #1) (Paperback)

Pride goes before the fall . . . but what comes after?

Amelia Barrett, heiress to an ancestral estate nestled in the English moors, defies family expectations and promises to raise her dying friend's infant baby. She'll risk everything to keep her word-even to the point of proposing to the child's father, Lucas, a sea captain she's never met.

Tragedy strikes when the child vanishes with little more than a sketchy ransom note hinting to her whereabouts. Fear for the child's safety drives Amelia and Lucas to test the boundaries of their love for this infant.

Amelia's detailed plans would normally see her through any trial, but now, desperate and shaken, she examines her soul and must face her one weakness: pride.

Lucas' strength and self-control have served him well and earned him much respect, but chasing perfection has kept him a prisoner of his own discipline.

Both must learn to accept God's sovereignty and relinquish control so they can grasp the future He has for planned for them.