1453: The Holy War for Constantinople and the Clash of Islam and the West (Paperback) 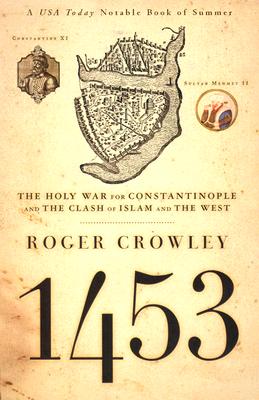 1453: The Holy War for Constantinople and the Clash of Islam and the West (Paperback)


Usually Ships in 1-5 Days
Now in trade paperback, a gripping exploration of the fall of Constantinople and its connection to the world we live in today The fall of Constantinople in 1453 signaled a shift in history, and the end of the Byzantium Empire. Roger Crowley's readable and comprehensive account of the battle between Mehmed II, sultan of the Ottoman Empire, and Constantine XI, the 57th emperor of Byzantium, illuminates the period in history that was a precursor to the current jihad between the West and the Middle East.
Roger Crowley was born in 1951 into a naval family and educated at Cambridge University. The author of numerous bestselling books, including 1453 and Empires of the Sea, Crowley lives near Stroud, UK.