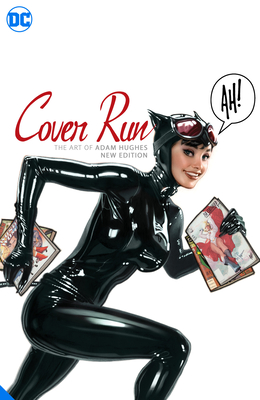 By R. Sfé Monster
$49.99
Unavailable
Not Yet Published
(This book cannot be returned.)

This amazing collection features the best of Hughes's work for DC Comics, along with commentary from the artist, rarely seen preliminary material, and much more! His lushly illustrated cover art has featured DC heroes including Batgirl, Wonder Woman, Catwoman, Zatanna, Power Girl, and many others.

Adam Hughes is most commonly known for his stylized renderings of women: superheroines, damsels in distress, figures in fantasy. He is considered by many to be one of a new generation of Good Girl artists inspired by Petty, Vargas, and Elvgren. When describing his own work, Adam has used the term "naturalistic" as opposed to the term "realistic," which describes what he does perfectly. Adam began working in comics at the age of 19, in 1985. In 1988 Adam lent his talents to a comic book called Maze Agency, a book that many consider to be his first real artistic "run" on a title. In 1989 Adam began working on his first "mainstream" comic book title: DC Comics' Justice League. Adam's recognizably strong and elegantly drawn women have graced the covers of four years' worth of DC Comics' Wonder Woman title, which was followed by four more years on Catwoman.
Today Adam is best known as a cover artist. He pencils, inks, and colors his own covers, using both traditional and digital media. His work can be found in magazines like Imagine FX and Playboy and on trading and sketch cards for sets like Indiana Jones, Star Wars, and many others. He published his first coffee table book in 2010, collecting his more than 20 years of artwork for DC Comics. Cover Run: The DC Comics Art of Adam Hughes debuted at number two on the New York Times bestseller list when it was released, and is currently in its third printing.