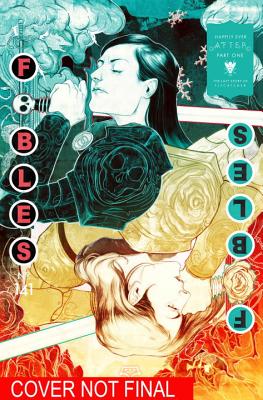 
Email or call for price
The New York Times Best-selling Series and Winner of 14 Eisner Awards!

Doubling as the final volume of the series, creator Bill Willingham, artist Mark Buckingham and a host of the industry’s finest artists deliver the end to this legendary Vertigo series that sees the final fates of beloved characters Bigby Wolf, Snow White, Rose Red, Boy Blue, Pinocchio and countless others. Ready or not, ever after is here.
Bill Willingham has been writing, and sometimes drawing, comics for more than twenty years. During that time he's had work published by nearly every comics publisher in the business and he's created many critically acclaimed comic book series, including Elementals, Coventry, PROPOSITION PLAYER and FABLES. Along with FABLES and JACK OF FABLES, Willingham wrote the miniseries DAY OF VENGEANCE and SALVATION RUN. His work has been nominated for many awards, including the Eisner, Harvey and Ignatz comic industry awards and the International Horror Guild award. He lives somewhere near a good poker room.
Praise for Fables:

"Clever, enjoyable . . . an excellent series in the tradition of SANDMAN, one that rewards careful attention and loyalty." -- PUBLISHERS WEEKLY

"One of the best damn series ever written." -- AIN'T IT COOL NEWS