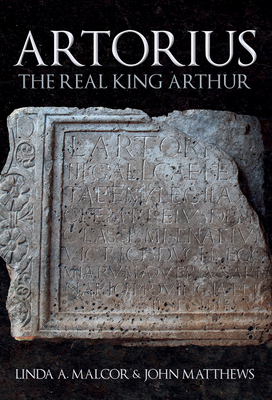 
Coming Soon - Available for Pre-Order Now
The search for the historical figure behind what is arguably the most famous cycle of legends ever has been unrelenting over the centuries.

In this book two noted Arthurian experts argue that the man whose story started the traditions of Arthur was a soldier name Lucius Artorius Castus who lived at the end of the second century AD. Castus’s extraordinary career took him from one end of the Roman Empire to the other, bringing him into contact with tribespeople amongst the Steppe nomads – in particular the Sarmatians. For several decades the Sarmatians have been thought to be the inspiration behind Arthur’s Knights of the Round Table, among other British tales.

The authors provide a readable detective story following the life of Lucius Artorius Castus against the colorful backdrop of the history of the reigns of Marcus Aurelius and his son Commodus. And in doing so they reveal the manifold links between Artorius and the legend.
John Matthews has been a full time writer since 1980 and has produced over 100 books on myth, faery, the Arthurian Legends and Grail Studies, short stories, poetry and children’s books. He has devoted much of the past forty years to the study of Arthurian traditions and myth in general. In 2003 he was the historical advisor to the Jerry Bruckheimer movie King Arthur.

Linda Malcor is the author of From Scythia to Camelot and a noted Arthurian scholar.