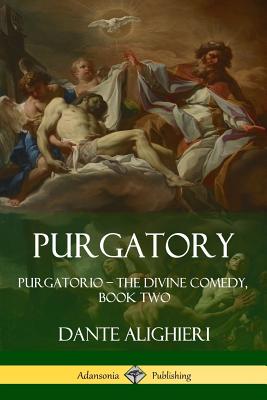 
Usually Ships in 1-5 Days
(This book cannot be returned.)
Purgatory is the second part of Dante's epic poem The Divine Comedy, presented here complete. Prior to this journey, Dante and his guide Virgil had visited Hell, learning the nature of each of the nine circles which constitute it. Upon departing Hell, the pair travel onward, eventually reaching the shores of the Mount of Purgatory. Here, the two ascend and behold the series of terraces which constitute this realm. Much of Dante's personal philosophy of sin revolves around the emotion of love - as such, many of the inhabitants of purgatory have directed love in a wrong or sinful manner, ultimately with the design of causing harm to others. Various misdeeds - the Seven Deadly Sins - constitute the sequential terraces of purgatory - namely pride, envy, wrath, sloth, avarice, gluttony and lust. At the highest peak of Purgatory is the Garden of Eden; after reuniting with his paramour Beatrice, Dante takes a drink from the River Euno , and prepares for his ascent to the heavenly paradise.