I Am My Grandmother's Daughter: My Gramita (Hardcover) 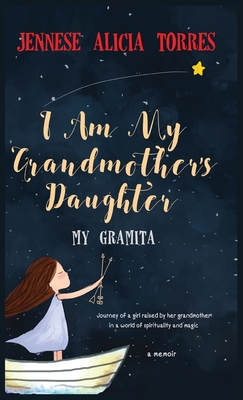 I Am My Grandmother's Daughter: My Gramita (Hardcover)

Journey of a girl raised by her grandmother in a world of spirituality and magic. An autobiographical memoir of the unbreakable bond between a granddaughter and the grandmother that raised her.

Jennese and Julie's grandmother, Gramita, is the only mother they knew growing up. Jennese recounts childhood tales of magic while being raised by Gramita, a Puerto Rican Taina Chief Priestess of Espiritismo, a religion similar to Santer a.

Tragedy strikes when Jennese discovers that her elderly grandmother is being abused by her own mother. When she desperately tries to rescue her, her biological mother turns against her and Jennese is embroiled in a legal battle. Heartbroken already from the shocking betrayal of her biological mother, she uncovers the shocking secret behind her childhood. The plight to rescue her grandmother becomes an introspective journey of faith, spirituality, and ... magic.

Because you shouldn't need a court order to see your grandmother.

Whether it's your Grandma, Auntie, Older Sister, Adopted Mother, Godmother, or Cousin, the woman that raised you is your Mama.

Buy this book for your Mama to let them know that you love them unconditionally because they cared for you as a child and you will in turn care for them. Let them know you are their child and the bond is unbreakable and ... magical