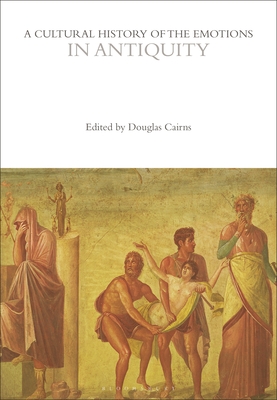 
Email or call for price
This volume provides an overview of some of the salient aspects of emotions and their role in life and thought of the Greco-Roman world, from the beginnings of Greek literature and history to the height of the Roman Empire. This is a wide remit, dealing with a wide range of sources in two ancient languages, and in the full range of contexts that are covered by the format of this series. The volume's chapters survey the emotional worlds of the ancient Greeks and Romans from multiple perspectives - philosophical, scientific, medical, literary, musical, theatrical, religious, domestic, political, art-historical and historical. All chapters consider both Greek and Roman evidence, ranging from the Homeric poems to the Roman Imperial period and making extensive use of both elite and non-elite texts and documents, including those preserved on stone, papyrus and similar media, and in other forms of material culture. The volume is thus fully reflective of the latest research in the emerging discipline of ancient emotion history.
Douglas Cairns is Professor of Classics at the University of Edinburgh, UK. He is the co-editor (with M. Alexiou) of Greek Laughter and Tears: Antiquity and After (2017) and (with D. P. Nelis) of Emotions in the Classical World: Methods, Approaches, and Directions (2017). He is also the author of Sophocles: Antigone (Bloomsbury, 2016).