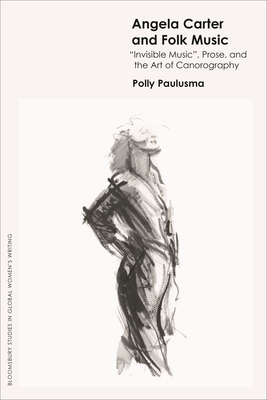 From her unique standpoint as singer-songwriter-scholar, Polly Paulusma examines the influences of Carter's 1960s folk singing, unknown until now, on her prose writing. Recent critical attention has focused on Carter's relationship with folk/fairy tales, but this book uses a newly available archive containing Carter's folk song notes, books, LPs and recordings to change the debate, proving Carter performed folk songs. Placing this archive alongside the album sleeve notes Carter wrote and her diaries and essays, it reimagines Carter's prose as a vehicle for the singing voice, and reveals a writing style imbued with 'songfulness' informed by her singing praxis.

Reading Carter's texts through songs she knew and sang, this book shows, from influences of rhythm, melodic shape, thematic focus, imagery, 'voice' and 'breath', how Carter steeped her writing with folk song's features to produce 'canorography': song-infused prose. Concluding with a discussion of Carter's profound influence on songwriters, focusing on the author's interview with Emily Portman, this book invites us to reimagine Carter's prose as audial event, dissolving boundaries between prose and song, between text and reader, between word and sound, in an ever-renewing act of sympathetic resonance.
Polly Paulusma is an independent scholar and professional musician based in the UK. Please visit her website www.pollypaulusma.com to know more about her work.