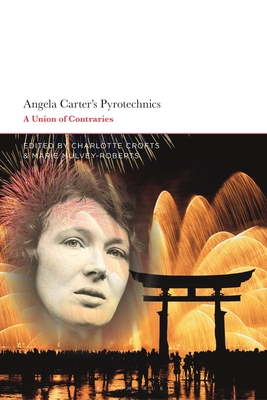 
Usually Ships in 1-5 Days
Representing a shift in Carter studies for the 21st century, this book critically explores her legacy and showcases the current state of Angela Carter scholarship. It gives new insights into Carter's pyrotechnic creativity and pays tribute to her incendiary imagination in a reappraisal of Angela Carter's work, her influences and influence. Drawing attention to the highly constructed artifice of Angela Carter's work, it brings to the fore her lesser-known collection of short stories, Fireworks: Nine Profane Pieces to reposition her as more than just the author of The Bloody Chamber. On the way, it also explores the impact of her experiences living in Japan, in the light of Edmund Gordon's 2016 biography and Natsumi Ikoma's translation of Sozo Araki's Japanese memoirs of Carter.
Charlotte Crofts is Associate Professor of Filmmaking at the University of the West of England, UK. She is editor-in-chief of Screenworks (2006-present). She has published a monograph on Angela Carter, Anagrams of Desire: Angela Carter's Writing for Radio, Film and Television (MUP, 2003), a chapter 'Curiously Downbeat Hybrid or Radical Retelling?: Neil Jordan's and Angela Carter's 'The Company of Wolves'' in Sisterhoods: Across the Literature/Media Divide (Pluto Press, 1999) and written about her Japanese writings in ''The Other of the Other': Angela Carter's 'New-Fangled' Orientalism' in Re-Visiting Angela Carter: Texts, Contexts, Intertexts, ed. Rebecca Munford (Palgrave Macmillan, 2006). She is currently developing a feature-film adaptation of Angela Carter's Japanese writings. She co-founded the Angela Carter Society with Caleb Sivyer, and Marie Mulvey-Roberts with whom she is developing a Smart phone app on Carter. Marie Mulvey-Roberts is Professor of English Literature at the University of the West of England, UK. She is the author of Dangerous Bodies: Historicising the Gothic Corporeal (MUP, 2016), winner of the Alan Lloyd Smith Memorial Prize. She has authored, edited and co-edited over 30 books. This will be her third edited book on Angela Carter. Recently she made a film on Carter's The Bloody Chamber for Massolit, for use in schools (33,000 downloads). She was the co-curator of the Strange Worlds exhibition on Angela Carter at the Royal West Academy of Art in Bristol 2017 and co-edited the catalogue. She is the co-founder of Women's Writing, for which she serves as Editor and runs two Carter websites with Charlotte Crofts.