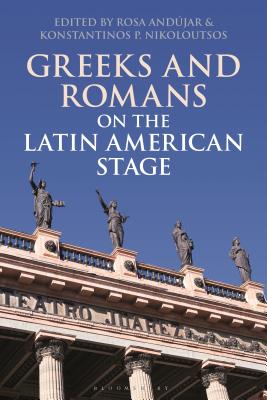 The first comprehensive treatment in English of the rich and varied afterlife of classical drama across Latin America, this volume explores the myriad ways in which ancient Greek and Roman texts have been adapted, invoked and re-worked in notable modern theatrical works across North and South America and the Caribbean, while also paying particular attention to the national and local context of each play.

A comprehensive introduction provides a critical overview of the varying issues and complexities that arise when studying the afterlife of the European classics in the theatrical stages across this diverse and vast region. Fourteen chapters, divided into three general geographical sub-regions (Southern Cone, Brazil and the Caribbean and North America) present a strong connection to an ancient dramatic source text as well as comment upon important socio-political crises in the modern history of Latin America. The diversity and expertise of the voices in this volume translate into a multi-ranging approach to the topic that encompasses a variety of theoretical and interdisciplinary perspectives from classics, Latin American studies and theatre and performance studies.