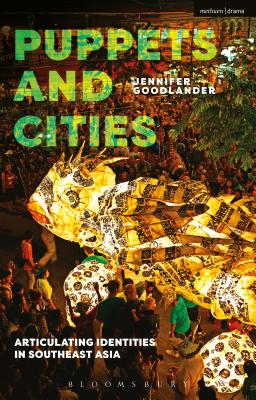 Nations in Southeast Asia have gone through a period of rapid change within the last century as they have grappled with independence, modernization, and changing political landscapes. Governments and citizens strive to balance progress with the need to articulate identities that resonate with the pre-colonial past and look towards the future. Puppets and Cities: Articulating Identities in Southeast Asia addresses how puppetry complements and combines with urban spaces to articulate present and future cultural and national identities. Puppetry in Southeast Asia is one of the oldest and most dynamic genres of performance. Bangkok, Jakarta, Phnom Penh, and other dynamic cities are expanding and rapidly changing. Performance brings people together, offers opportunities for economic growth, and bridges public and private spheres. Whether it is a traditional shadow performance borrowing from Star Wars or giant puppets parading down the street-this book examines puppets as objects and in performance to make culture come alive.

Based on several years of field research-watching performances, working with artists, and interviewing key stakeholders in Southeast Asian cultural production-the book offers a series of rich case studies of puppet performance from various locations, including: theatre in suburban Bangkok; puppets in museums in Jakarta, Indonesia; puppet companies from Laos PDR, the National Puppet Theatre of Vietnam, and the Giant Puppet Project in Siem Reap, Cambodia; new global puppetry networks through social media; and how puppeteers came together from around the region to create a performance celebrating ASEAN identity.
Jennifer Goodlander is an Associate Professor at Indiana University, USA-teaching in theatre and comparative literature and is Director of the Southeast Asian and ASEAN Studies Program. Her book, Women in the Shadows: Gender, Puppets, and the Power of Tradition in Bali was published in 2016. She has published numerous articles and book chapters on the relationship of tradition to modernity within Southeast Asian Societies. She also performs Balinese shadow puppetry in the US and internationally.