Made Men: The Story of Goodfellas (Hardcover) 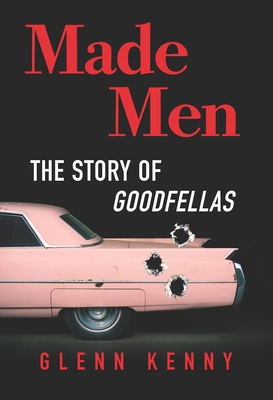 Made Men: The Story of Goodfellas (Hardcover)

A Sight and Sound Best Film Book Of 2020

For the thirtieth anniversary of its premiere comes the vivid and immersive history behind Martin Scorsese's signature film Goodfellas, hailed by critics as the greatest mob movie ever made.

When Goodfellas first hit the theatres in 1990, a classic was born. Few could anticipate the unparalleled influence it would have on pop culture, one that would inspire future filmmakers and redefine the gangster picture as we know it today. From the rush of grotesque violence in the opening scene to the iconic hilarity of Joe Pesci's endlessly quoted "Funny how?" shtick, it's little wonder the film is widely regarded as a mainstay in contemporary cinema.

In the first ever behind-the-scenes story of Goodfellas, film critic Glenn Kenny chronicles the making and afterlife of the film that introduced America to the real modern gangster--brutal, ruthless, yet darkly appealing, the villain we can't get enough of. Featuring interviews with the film's major players, including Martin Scorsese and Robert De Niro, Made Men shines a light on the lives and stories wrapped up in the Goodfellas universe, and why its enduring legacy is still essential to charting the trajectory of American culture thirty years later.