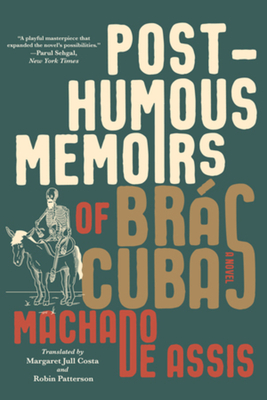 This book, originally published in Brazil in 1881, has been one of my most enjoyable reads this year. With two new translations to chose from, this shockingly modern, inventive, and often hilarious novel is officially rediscovered in England.

“Is it possible that the most modern, most startlingly avant-garde novel to appear this year was originally published in 1881?”—Parul Sehgal, New York Times

Machado de Assis (1839–1908) was born in Rio de Janeiro and, along with seven short-story collections, wrote such groundbreaking novels as Quincas Borba and The Alienist.

For her translations of Spanish and Portuguese, Margaret Jull Costa has won the Oxford-Weidenfeld Translation Prize four times as well as the Premio Valle-Inclán, the International Dublin Literary Award, and the 2008 PEN Prize for best translation from any language for The Maias, by Eça de Queirós (New Directions, 2007).