The Wife and the Widow (Paperback) 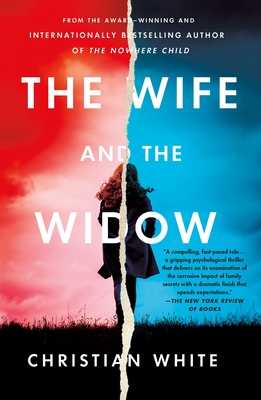 The Wife and the Widow (Paperback)

The second standalone thriller from Christian White, the award-winning author of The Nowhere Child.

"The author does a vivid job of creating real characters and captures the alternately calm and claustrophobic feeling of island life. Some readers will find the twists fair and others, infuriating, but no doubt all will hang on to discover the ending."—Kirkus Reviews

"White delivers a shocking, excellently executed twist that will have readers reexamining their assumptions; this and the sordid details of decades-old misery and fierce parental love make The Wife and the Widow a story to remember. Fans of White’s debut will be pleased with this follow-up."—Booklist

"White’s sophomore outing succeeds as both a clever literary puzzle and an insistent page-turner."—The Seattle Review of Books

"White destroys any thoughts of a sophomore slump with an entrancing standalone mystery. White draws readers in quickly and adroitly with this compulsive tale, which is a stay-up-all-night kind of book full of masterful plotting and strong characters. The claggy setting is fittingly oppressive and everything builds to a culmination that is breathtaking."—Mystery Scene