The Shepherd's Hut: A Novel (Paperback) 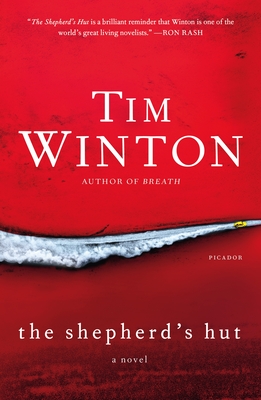 The Shepherd's Hut: A Novel (Paperback)

From Tim Winton, Australia’s most decorated and beloved novelist and the author of Cloudstreet, comes The Shepherd’s Hut, the story of a young man on a thrilling journey of self-discovery in one of the harshest, near-uninhabitable climates on Earth.

Tim Winton is Australia’s most decorated and beloved novelist. Short-listed twice for the Booker Prize and the winner of a record four Miles Franklin Literary Awards for Best Australian Novel, he has a gift for language virtually unrivaled among writers in English. His work is both tough and tender, primordial and new—always revealing the raw, instinctual drives that lure us together and rend us apart.

In The Shepherd’s Hut, Winton crafts the story of Jaxie Clackton, a brutalized rural youth who flees from the scene of his father’s violent death and strikes out for the vast wilds of Western Australia. All he carries with him is a rifle and a waterjug. All he wants is peace and freedom. But surviving in the harsh saltlands alone is a savage business. And once he discovers he’s not alone out there, all Jaxie’s plans go awry. He meets a fellow exile, the ruined priest Fintan MacGillis, a man he’s never certain he can trust, but on whom his life will soon depend. The Shepherd’s Hut is a thrilling tale of unlikely friendship and yearning, at once brutal and lyrical, from one of our finest storytellers.

Tim Winton is widely considered one of the greatest living Australian writers. He has published numerous books, and his work has been translated into twenty-eight languages. Since his first novel, An Open Swimmer, won the Australian/Vogel Award in 1981, he has won the Miles Franklin Award four times (for Shallows, Cloudstreet, Dirt Music, and Breath) and twice been shortlisted for the Booker Prize (for The Riders and Dirt Music). He lives in Western Australia.

"A mournful and fast-paced journey into the life of a young man on his own . . . Winton’s novel is alive with pain and suffering, but it is also full of moments of grace and small acts of kindness. Gorgeously written and taut with eloquent, edgy suspense, Jaxie’s journey is a portrait of young manhood amidst extreme conditions, both inward and outward." —Publisher's Weekly, starred review

"Winton thrusts the reader into the barren and unforgiving salt land in western Australia . . . An absolute thrill to read.” —Booklist

“Too plaintive to put down . . . hypnotic . . . here’s survivalist fiction at its rawest from a novelist who sometimes sounds as bleak as our own Cormac McCarthy.”—Ron Charles, The Washington Post