The Wife and the Widow (Hardcover) 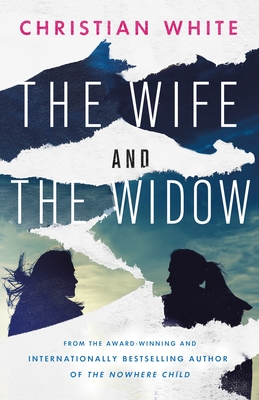 The Wife and the Widow (Hardcover)

The second standalone thriller from the award-winning author of The Nowhere Child, Christian White.

"A compelling, fast-paced tale...a gripping psychological thriller that delivers on its examination of the corrosive impact of family secrets with a dramatic finish that upends expectations.”—New York Journal of Books

"The author does a vivid job of creating real characters and captures the alternately calm and claustrophobic feeling of island life. Some readers will find the twists fair and others, infuriating, but no doubt all will hang on to discover the ending."—Kirkus Reviews

"White delivers a shocking, excellently executed twist that will have readers reexamining their assumptions; this and the sordid details of decades-old misery and fierce parental love make The Wife and the Widow a story to remember. Fans of White’s debut will be pleased with this follow-up."—Booklist

"White’s sophomore outing succeeds as both a clever literary puzzle and an insistent page-turner."—The Seattle Review of Books

"White destroys any thoughts of a sophomore slump with an entrancing standalone mystery. White draws readers in quickly and adroitly with this compulsive tale, which is a stay-up-all-night kind of book full of masterful plotting and strong characters. The claggy setting is fittingly oppressive and everything builds to a culmination that is breathtaking."—Mystery Scene

"Gripping. White maintains a steady flow even as he nimbly uses history and secondary characters to create multiple potential scenarios. Misdirects and a terrific reveal midway through the novel add to the pleasure of White's second standalone thriller."—Shelfawareness

"White knows his way around a plot twist. Even the most die-hard thriller reader will be surprised at the direction The Wife and the Widow takes, but even without its truly shocking reveal, White’s thriller stands out for its penetrating examination of marriage and the lies that build between spouses. White’s eerie, patient unraveling of small deceptions makes The Wife and the Widow a hypnotic reading experience."—BookPage

"White is a master of the art of misdirection. Just when you think you have worked things out, he pulls back the curtain to reveal his cunning sleight of hand. It’s often hard to write about the machinations of a really good crime novel without giving too much away, and this is indeed the case with The Wife and the Widow."—Sydney Morning Herald