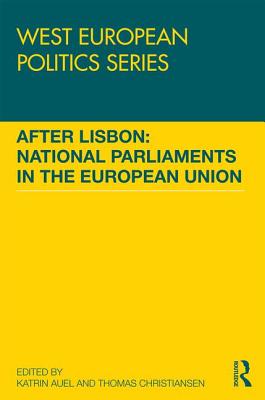 The role of national parliaments in EU matters has become an important subject in the debate over the democratic legitimacy of European Union decision-making. Strengthening parliamentary scrutiny and participation rights at both the domestic and the European level is often seen as an effective measure to address the perceived 'democratic deficit' of the EU - the reason for affording them a prominent place in the newly introduced 'Provisions on Democratic Principles' of the Union (in particular Article 12 TEU). Whether this aim can be met, however, depends crucially on the degree to which, and the manner in which, national parliaments actually make use of their institutional rights.

This volume therefore aims at providing a comprehensive overview of the activities of national parliaments in the post-Lisbon Treaty era. This includes the 'classic' scrutiny of EU legislation, but also parliamentary involvement in EU foreign policy, the use of new parliamentary participation rights of the Lisbon Treaty (Early Warning System), their role regarding the EU's response to the Eurozone crisis, and the, so far under-researched, role of parliamentary administrators in scrutiny processes. This book was originally published as a special issue of West European Politics.

Katrin Auel is Associate Professor at the Institute for Advanced Studies, Vienna, Austria. Her research interests include Europeanisation, the democratic legitimacy of multilevel governance and legislative studies with a particular focus on the role of national parliaments in the EU. She has published in journals such as Journal of Legislative Studies, Journal of Common Market Studies, German Politics, The European Law Journal and Comparative European Politics. Thomas Christiansen is Professor of European Institutional Politics and Co-Director of the Maastricht Centre for European Governance at Maastricht University, The Netherlands. He is Executive Editor of the Journal of European Integration and co-editor of the 'European Administration Governance' book series. Among his recent books are Constitutionalizing the European Union (co-authored with Christine Reh, 2009) and The Maastricht Treaty: Second Thoughts after 20 Years (co-edited with Simon Duke, 2012).