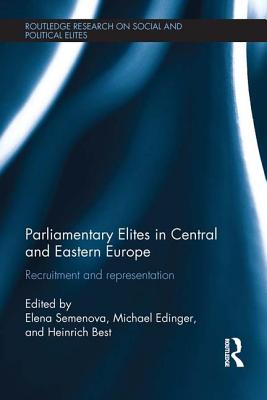 Legislators are entrusted with key parliamentary functions and are important figures in the decision-making process. Their behaviour as political elites is as much responsible for the failures and successes of the new democracies as their institutional designs and constitutional reforms.

This book provides a comparative examination of representative elites and their role in democratic development in post-communist Central and Eastern Europe (CEE). It argues that as the drivers of the transformation process in CEE, individual and collective parliamentary actors matter. The authors provide an in-depth analysis of representatives from eleven national parliaments and explore country-specific features of recruitment and representation. They draw on an integrated dataset of parliamentary elites for individual, party family, and parliamentary variables over the 20 years following the collapse of Communism and develop a common framework for the analysis of variations in democratisation and political professionalisation between parliaments and political parties/party families across CEE.

This unique volume will be of interest to students and scholars of comparative politics, elite research, post-communist politics, democratisation, legislative studies, and parliamentary representation.