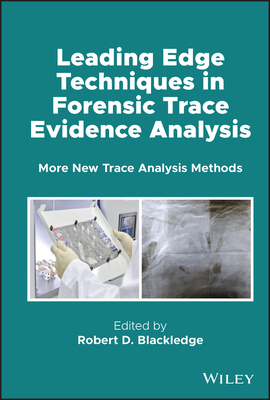 In-depth exploration of the latest methodologies, tools, and techniques for analyzing trace evidence

In Leading Edge Techniques in Forensic Trace Evidence Analysis, distinguished and highly qualified contributors cover the significant advances in methodology and instruments that are now being used to analyze trace evidence in forensic laboratories, including new techniques used to determine authenticity of objects and artifacts (such as Combined Raman/LIBS Microscopy) and those used to analyze surface treatments (such as py-GC-PARCI-MS). The work also covers new evidence types, such as surface-modified fibers, microscopic particles, and shimmer, and provides detailed explanations and practical examples of all of the aforementioned topics.

Among the topics covered are:

Robert D. Blackledge is a forensic chemist consultant and the former Senior Forensic Chemist at the Naval Criminal Investigative Service, Regional Forensic Laboratory in San Diego, California. He is the author or co-author of roughly 55 journal articles and book chapters, and he edited the book Forensic Analysis on the Cutting Edge: New Methods for Trace Evidence Analysis (Wiley, 2007). Reports of his research have been published in the FBI's Law Enforcement Bulletin, the FBI's Crime Laboratory Digest, the Journal of Forensic Sciences, Forensic Science International, and other publications.