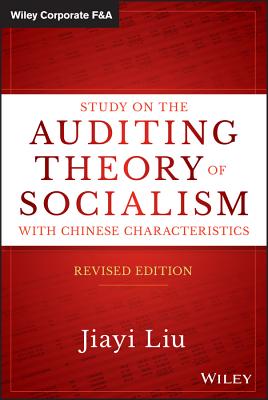 Study on the Auditing Theory of Socialism with Chinese Characteristics provides a comprehensive overview of China's auditing practices. Recent years have seen the National Audit Office of China (CNAO) making remarkable headway not only in China by guaranteeing the healthy operation of the economy and society and improving national governance through government auditing, but also in the international arena by carrying out audits with the United Nations. With constant development in the practice, an audit theory with socialist Chinese characteristics has taken shape, centering on the premise that government auditing serves as the cornerstone and safeguard of national governance. At the XXI INCOSAI held in 2013 in Beijing, the theme of "national audit and national governance" proposed and chaired by CNAO, was met with widespread approval by participants from over 160 countries, and led to the endorsement of the Beijing Declaration, which makes it a priority and target for audit institutions to promote good national governance.