Making Rumours: The Inside Story of the Classic Fleetwood Mac Album (Hardcover) 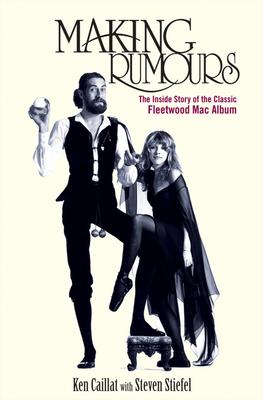 Making Rumours: The Inside Story of the Classic Fleetwood Mac Album (Hardcover)


Usually Ships in 1-5 Days
Inside the making of one of the biggest-selling albums of all time: Fleetwood Mac's Rumours

Fleetwood Mac's classic 1977 Rumours album topped the Billboard 200 for thirty-one weeks and won the Album of the Year Grammy. More recently, Rolling Stone named it the twenty-fifth greatest album of all time and the hit TV series Glee devoted an entire episode to songs from Rumours, introducing it to a new generation. Now, for the first time, Ken Caillat, the album's co-producer, tells the full story of what really went into making Rumours--from the endless partying and relationship dramas to the creative struggles to write and record You Make Loving Fun, Don't Stop, Go Your Own Way, The Chain, and other timeless tracks.

Ken Caillat coproduced Fleetwood Mac's classic 1977 album, Rumours, for which he won the Grammy for Album of the Year. He also produced the group's Tusk, Mirage, and Live albums, as well as their box set, The Chain. He has worked on albums with everyone from George Carlin, engineering his epochal Class Clown, to the London Symphony Orchestra. He is the father of Grammy-winning singer Colbie Caillat, and he produced her number one album, Breakthrough.Steven Stiefel has written several books, including contributions to two by LL Cool J. He also works as a magazine writer and editor. His fiction has appeared in the Georgia Review and McSweeney's.