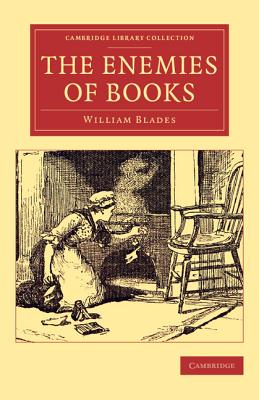 
Usually Ships in 1-5 Days
First published in 1881, this popular and entertaining work by the printer and bibliographer William Blades (1824 90) examines the numerous threats that books have faced throughout their existence. Based on the author's experience of collecting printed works, the book explores such destructive forces as fire, water, disgruntled pirates, ignorance, and vermin. Even bookbinders and collectors are accused of causing mischief. In 1886, Blades was cruelly tormented by one of his enemies when his printing works burned down. A founder of the Library Association, he most notably investigated the work of Caxton: his two-volume Life and Typography of William Caxton (1861 3) is also reissued in this series. After his death, his extensive collection of books formed the basis of the St Bride Printing Library. Six editions of The Enemies of Books emerged between 1881 and 1886. Reissued here is the revised, enlarged and illustrated version that appeared in 1888.