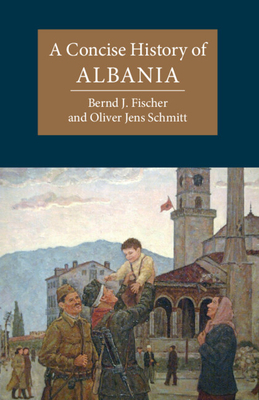 
Usually Ships in 1-5 Days
A Concise History of Albania charts the history of Albania and its people, within their Balkan and European contexts. It shows the country's journey from its ancient past, still shrouded in mystery and controversy, through its difficult transition from a particularly brutal form of communism to an evolving form of democracy and a market economy. Bernd Fischer and Oliver Schmitt challenge some of the traditional narratives concerning the origins of the Albanians, and the relations between Albanians and their Balkan neighbours. This authoritative and up-to-date single-volume history analyses the political, social, economic, and cultural developments which led to the creation of the Albanian state and the modern nation, as well as Albania's more recent experience with authoritarianism, war, and communism. It greatly contributes to our understanding of the challenges facing contemporary Albanians, as well as the issues confronting the region as a whole as it attempts to grapple with one of the last remaining significant ethnic issues in the Balkans.