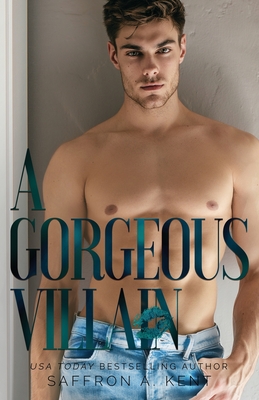 By Saffron A. Kent

*A standalone novel set in the world of St. Mary's

**INCLUDES the prequel, The Wild Mustang & The Dancing Fairy

Two years ago, Reed Jackson betrayed Calliope Thorne and broke her heart. So she stole his most prized possession - a white mustang - and drove it into the lake for revenge.

Now, Callie is stuck at a reform school while Reed is off at college, living his life without repercussions.

Until he comes back.

With him comes back all the feelings that Callie has been trying to bury: anger and heartbreak.

But most of all, desire.

At the sight of his beautiful but lying lips and his gunmetal gray eyes that still taunt and smolder when he looks at her.

Whatever though. It's not as if Callie is ever going to fall for her ex-boyfriend again. Or let him corner her in a bar one night and touch her, kiss her...

Neither is she going to kiss him back. Or worse, sleep with him.

Because that would make her na ve and foolish.

And there's no way Callie is ever going to get pregnant at eighteen and with Reed's baby, no less. The guy she hates.The guy who taught her all about heartbreak.