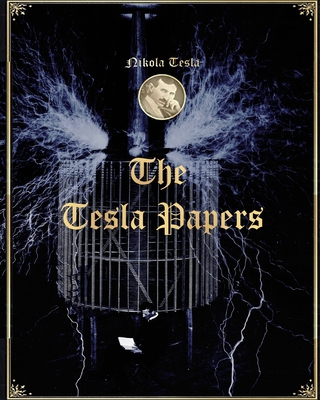 
Usually Ships in 1-5 Days
Scientific papers and articles by Nicola Tesla and others about Tesla's work primarily in the field of electrical engineering including; Famous Scientific Illusions, My Inventions, The Tesla Effects With High Frequency and High Potential Currents, and Death-Ray Machine Described. The original images, photos and comments have been preserved. Nikola Tesla was a Serbian-American inventor, mechanical engineer, and electrical engineer. He was an important contributor to the birth of commercial electricity, and is best known for developing the modern alternating current (AC) electrical supply system. Tesla's patents and theoretical work also formed the basis of wireless communication and the radio. Tesla's fantastic vision of the future, including wireless power, anti-gravity, free energy and highly advanced solar power. Also included are some of the papers, patents and material collected on Tesla at the Colorado Spring Tesla Symposiums. Tesla was the inventor of the radio before Marconi, and when he demonstrated wireless remote control to the US Navy in the late 1890s, they replied that it was too advanced Tesla was an eccentric visionary and probably the greatest inventor who ever lived. His basic inventions power the world of today. What was his vision of tomorrow? Find out in The Tesla Papers.