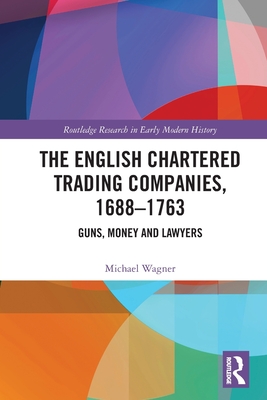 This book provides a collective view of the five major English chartered trading companies which were active during the period 1688-1763: The East India Company, the Royal African Company, the Hudson's Bay Company, The Levant Company, and the Russia Company. Using both archival and secondary sources, this monograph fills in some of the knowledge gaps concerning the less well-studied companies, and examines the interconnections between international rivalry, the financial operations of the companies, and politics which have not featured prominently in the historiography.

Michael Wagner teaches courses in eighteenth-century British history in the Department for Continuing Education at the University of Oxford.