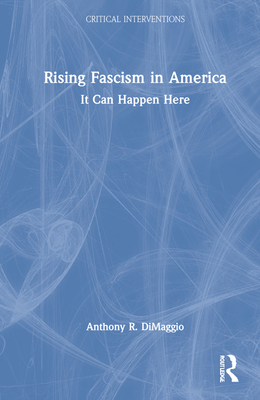 Rising Fascism in America: It Can Happen Here explores how rising fascism has infiltrated U.S. politics-and how the media and academia failed to spot its earlier rise. Anthony R. DiMaggio spotlights the development of rightwing polarization of the media, Trump's political ascendance, and the prominence of extremist activists, including in Congress. Fascism has long bubbled under the surface until the coup attempt of January 6th, 2021. This book offers tactics to combat fascism, exploring social movements such as Antifa and Black Lives Matter in mobilizing the public. When so little scholarship engages the question of fascism, Anthony R. DiMaggio combines the rigor of academic analysis with an accessible style that appeals to student and general readers.

Anthony R. DiMaggio is Associate Professor of Political Science at Lehigh University. His research emphasizes the interactions between politics, social movements, the news media, and the American right. He is the author of nine books, including Political Power in America (2019), Rebellion in America (Routledge 2020), and Unequal America (Routledge 2021). He has been an active participant in social movement politics for the last two decades, and is an avid social commentator.