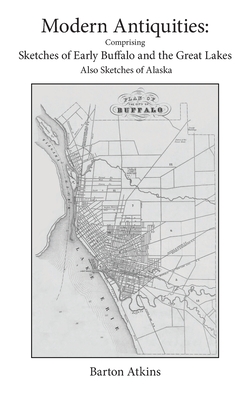 By Barton Atkins, William C. Even (Designed by)

This public domain work, originally published in 1898 by Barton Atkins (1826 - ?), paints a fascinating picture of the history of Buffalo, NY between 1790 and the turn of the 20th century. Captain Atkins served on various ships on the Great Lakes between 1842 and 1876.

Those familiar with modern-day Buffalo will recognize many of the names mentioned as they are now memorialized on street signs and buildings throughout the city.

Atkins also describes his stint as President Grover Cleveland's appointee as Marshal of the District of Alaska from 1885 to 1889.

This is the complete book with all text and all illustrations. A painstaking effort was made to meticulously convert page scans of the original publication into text. It was then set using Adobe InDesign and Adobe Photoshop into a clean, easy-to-read paperback book. This paperback edition is the only version that has been restored.

The book contains several passages considered to be racially insensitive.