The Devil's Due: A Thriller (Paperback) 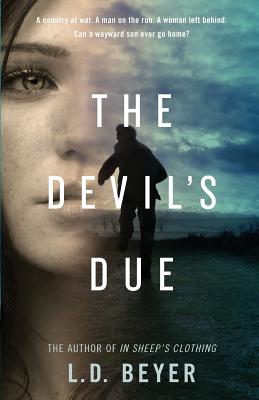 The Devil's Due: A Thriller (Paperback)


Usually Ships in 1-5 Days
(This book cannot be returned.)
A country at war. A man on the run. A woman left behind. Can an innocent man ever go home?

Guilty of a crime he didn't commit, IRA soldier Frank Kelleher flees through the streets of war-torn Ireland with both the British and the Irish Republican Army trying to put a bullet in his head. He makes his way to America under an assumed name and with a forged passport, as the war in Ireland rages on. Settling in a new land, he finds he can't let go of his past. Haunted by the fianc e he was forced to leave behind, by the deaths of three friends at his own hand, and by the country he was forced to abandon, Frank struggles to make his way in 1920s New York.

As much as he can't let go of Ireland, he finds that Ireland can't let go of him-and his past has a way of finding him, thousands of miles and an ocean away. He dreams of going home, but knows that it could get him killed. Then an anonymous letter brings news about his fianc e Kathleen and he realizes that he no longer has a choice. A cease-fire is declared and Frank sails home with dreams of finding Kathleen, putting his past behind him, and starting a new life.

When he arrives, he learns that the Ireland he was hoping to find-a united people finally free-was only a dream. With British soldiers withdrawing, long-standing feuds resurface, and Ireland is pushed to the brink of civil war. As tensions mount, he also learns that his sins will not be easily forgiven, and that he and Kathleen will never be safe until he clears his name.

If the looming war doesn't kill him, trying to right the wrongs of his past just might.

Best Selling Author L.D. Beyer delivers a suspenseful drama that will "...push him to the top of the heap of contemporary thriller/historic fiction writers."

L.D. Beyer is a reformed corporate drone who, after twenty-five years of missed family events, one day rose up and reclaimed his soul. Before he escaped, his career primarily involved relocating his family every few years-so much so that his children began to secretly suspect that he was in the Witness Protection Program. He has yet to set the record straight. Beyer is the author of three novels, two of which are part of the Matthew Richter Thriller Series. His first book, In Sheep's Clothing, was published in 2015 and reached the #1 spot on three separate Amazon bestseller lists. His third novel, The Devil's Due, is a standalone novel, an historical thriller set in Ireland during the 1920's. Beyer is an avid reader and, although he primarily reads thrillers, his reading list is somewhat eclectic. You're more likely to find him with his nose in a good book than sitting in front of the TV. Beyer lives in Michigan with his wife and three children. In addition to writing and reading, he enjoys cooking, hiking, biking, working out, and the occasional glass of wine. To get an email whenever the author releases a new title, sign up for the newsletter at http: //ldbeyer.com/home/contact-the-author/ (just copy and paste into your browser).