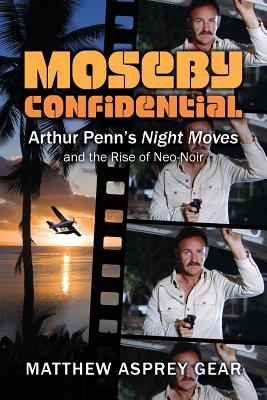 The making of Night Moves is the story of the collaboration of two artists of starkly different sensibilities - Alan Sharp the hopeless fatalist, Arthur Penn the agitating progressive. Each was just beginning to descend from his peak of cultural relevance. Sharp and Penn came together in 1973 to make a dark film about an America bereft of answers. Everything seemed in place for a triumph. Finally, in careers plagued by compromise, there was both an adequate budget and artistic freedom. Gene Hackman's performance would expertly particularise an archetype fracturing before our eyes - the knightly private detective unable to solve his case, the macho American male desperate for certainty but lost at sea.

But neither Penn nor Sharp was satisfied with the resulting movie and disagreed over its final form. After a long delay, Warner Brothers cut its losses and dumped Night Moves into cinemas with a half-hearted publicity campaign. The movie's reviews were mixed and it failed to make a profit in the summer of 1975. That season was dominated by Steven Spielberg's Jaws, which provided Hollywood with a new and super-profitable model of film production.

And yet Night Moves has gone on to be recognised as one of the defining films of the 1970s, both as a profound human drama and as an enduring evocation of the zeitgeist. This Technicolor neo-noir, along with Robert Altman's The Long Goodbye (1973) and Roman Polanski's Chinatown (1974), reinvented and redeemed the private detective movie. A reactionary, nostalgia-crazed culture industry had tried to neuter the genre, reduce it to a repertoire of clich d gestures. This trio of pictures re-asserted film noir as an ideal cinematic language to explore the darkness at the heart of America.