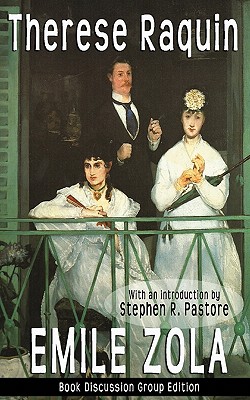 
Usually Ships in 1-5 Days
(This book cannot be returned.)
Therese Raquin is the story of a young woman mired in a loveless marriage to a sickly, self-centered man. Trapped in a house owned by her pitiless mother-in-law, she yearns for love and escape. She finds it in the arms of her husband's best friend--and the only way they can find happiness is through murder. What follows is the stuff of nightmares. Emile Zola's story is as vibrant today as it was when it was written 150 years ago. Scorned by critics for the perversity and violence of his characters, Zola nonetheless went on to be one of the greatest and most popular writers in the history of literature. Soon to be a Major Motion Picture, Therese Raquin is a compelling and modern story of guilt and its consequences. This edition is amplified by an important introduction by Stephen R. Pastore, one of the world's leading Zola scholars and the addition of material for use by Book Discussion Groups as well as the Movie Tie-In edition.