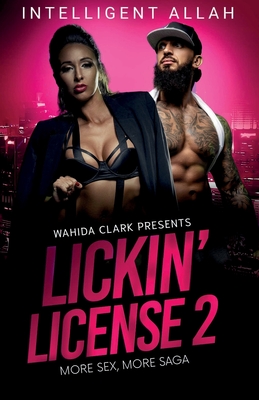 Rich struggles to lead a crime-free life and save his relationship, but Vanessa feels their bond can't be restored until everyone who weakened it is dead. Candy is caught between her hunger for get-back and the fear of the slim odds of her and Vanessa getting away with murdering seven people. To fulfill their deadly scheme, Candy hires Domingo, a young Brooklynite who has a crush on her and a thirst to do anything to anyone for the right price. As their plot with Domingo thickens, Rich, Candy, and Vanessa find themselves consumed in a twist of betrayal and seduction that leaves a trail of blood spanning from New York to Las Vegas and Atlanta.

Intelligent Allah is a Brooklyn-born bestselling author and editor known by family and friends as Intell. He also writes under the penname Vance Burrows in honor of his deceased friend Boo (Varence Burrows). Intelligent was a poet and aspiring rapper from Brooklyn until he was incarcerated in 1994. While serving 18 1/2 years in prison, Intelligent completed various writing courses and served on several editorial boards of prison newsletters. He became a published writer and editor. His novel Lickin' License was a #1 Don Diva bestseller and he was nominated by the African American Literature Awards as 2012 Erotica Author of the Year for Lickin' License II. Intelligent is a contributing editor of over a dozen fiction and nonfiction books, including Wahida Clark's New York Times bestsellers Honor Thy Thug and Justify My Thug. His editorials, essays and articles have been published online, in magazine, newspaper and in books. He has also been contracted for producing advertising copy, movie treatments and other writings. Intelligent is also a graphic artist who has designed flyers and logos for companies, nonprofits and government agencies like IBI Productions, Rehabilitation Through The Arts and the Georgia State Department of Juvenile Justice respectively. Intell currently resides in Atlanta, Georgia.