The Girl with the Silver Stiletto (Ben Peters Thriller #3) (Paperback) 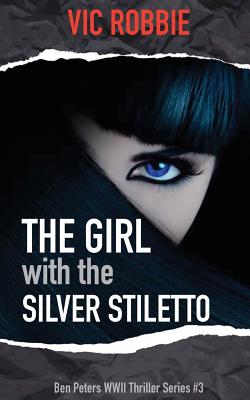 The Girl with the Silver Stiletto (Ben Peters Thriller #3) (Paperback)

This is book number 3 in the Ben Peters Thriller series.

WOULD YOU MURDER A CHILD TO SAVE YOUR LIFE?

At the end of World War II, Natalie, an expert at killing with her wicked stiletto, is given an ultimatum. Execute a ten-year-old boy or die. Her only alternative is to hand him over to the Nazis. Why do the Nazis want the boy and who is he? As the suspense builds, the action races across three continents, from London to New York to California to Buenos Aires, and American agent Ben Peters stands alone against evil and his former lover.

Vic Robbie's new thriller continues the fast-paced, action-packed intrigue of the previous books in his Ben Peters series, In Pursuit Of Platinum and Paradise Gold, that reviewers praised as 'Brilliant Exciting Suspenseful '