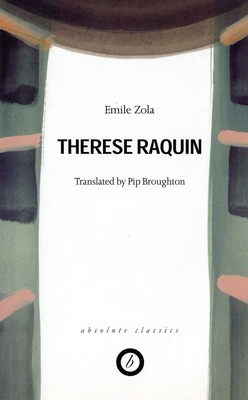 
Usually Ships in 1-5 Days
Therese Raquin is a clinically observed, sinister tale of adultery and murder among the lower orders in nineteenth-century Paris. Emile Zola's dispassionate dissection of the motivations of his characters, mere 'human beasts' who kill in order to satisfy their lust, is much more than an atmospheric Second Empire period-piece. Therese Raquin stands as a key early manifesto of the French Naturalist movement, of which Zola was the founding father. Even today, this novel has lost none of its power to shock. It proved a great success in this translation by Pip Broughton when it was premiered at the Liverpool Playhouse and later revived at the Warehouse Theatre, Croydon.