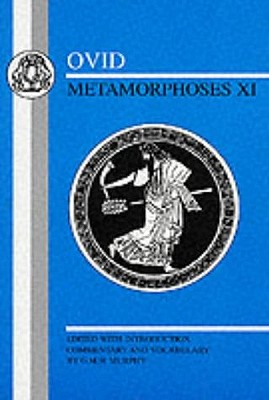 This is
the first separate edition of Metamorphoses XI since that of G. A. T. Davies
in 1907. While Davies' edition is incomplete (it omits certain lines) and his
commentary is mainly concerned with philological matter, this new edition
gives a complete text and the notes are designed to assist appreciation of
Ovid's literary qualities. The introduction seeks to define Ovid's literary
originality in the Metamorphoses and analyses his considerable influence upon
English literature. The appendix provides an opportunity for comparative
literary criticism. Book XI contains
some of Ovid's best descriptive passages and offers the student an admirable
introduction to the Metamorphoses.