The Numerology of the I Ching: A Sourcebook of Symbols, Structures, and Traditional Wisdom (Paperback) 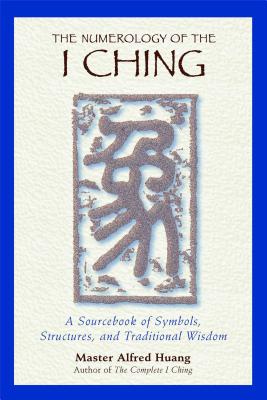 The Numerology of the I Ching: A Sourcebook of Symbols, Structures, and Traditional Wisdom (Paperback)


Usually Ships in 1-5 Days
The first book to cover the complete Taoist teachings on form, structure, and symbol in the I Ching.

• Provides many new patterns and diagrams for visualizing the layout of the 64 hexagrams.

• Includes advanced teachings on the hosts of the hexagrams, the mutual hexagrams, and the core hexagrams.

• Written by Taoist Master Alfred Huang, author of The Complete I Ching.

The Numerology of the I Ching is the first book to bring the complete Taoist teachings on form, structure, and symbol in the I Ching to a Western audience, and it is a natural complement to Alfred Huang's heralded Complete I Ching. It examines not only the classic circular arrangement of the eight trigrams but also the hidden numerology in this arrangement and its relationship to tai chi and the Chinese elements. Huang explains the binary code underlying the I Ching, the symbolism behind the square diagram of all 64 hexagrams, and Fu Xi's unique circular layout of the 64 hexagrams, completely unknown in the West. Entire chapters are devoted to such vital material as the hosts of the hexagrams, the mutual hexagrams, and the core hexagrams--all barely hinted at in previous versions of the I Ching. With appendices listing additional symbolism for each hexagram, formulas for easily memorizing the Chinese names of the sixty-four hexagrams, and much more, The Numerology of the I Ching is a must for serious I Ching students.
A third-generation master of Wu style Tai Chi Chuan, Chi Kung, and Oriental meditation, Master Alfred Huang is a professor of Taoist philosophy who studied the I Ching with some of China’s greatest minds--only to be imprisoned during the Cultural Revolution in 1966 and sentenced to death. For 13 years in prison Master Huang meditated on the I Ching and found the strength to survive. Released in 1979 weighing only 80 pounds, he emigrated to the United States. Master Huang is the founder of New Harmony, a nonprofit organization devoted to teaching self-healing, and is the author of The Numerology of the I Ching and Complete Tai-Chi. He lives on the island of Maui.